I don’t usually use this blog to educate people about science, but I am afraid that I feel it is necessary. So let’s take a moment to learn about coral, and what it is made out of.

Polyps are too small to see with the naked eye, but under a microscope you can see that a piece of coral is not a single entity. Rather; it is like an apartment complex.

A cooperative colony of polyps that all live together comprises what we think of as “a coral.”

Inside the coral polyps are something called zooxanthellae.

Some corals also have tentacles that they stick out in order to try to catch bits of food that go by. However, all coral are dependent on their zooxanthellae for long-term survival.

You can think of a carnivorous plant like a Venus fly trap: it eats flies, but it will still die without the nutrients its chloroplasts make from sunlight.

This is why you must never touch coral. When you touch it or step on it, you are smashing hundreds of tiny polyps, and this does permanent damage to a coral. In fact, certain kinds of sunscreen are poisonous to coral, so you may even kill the entire colony just by being clumsy. 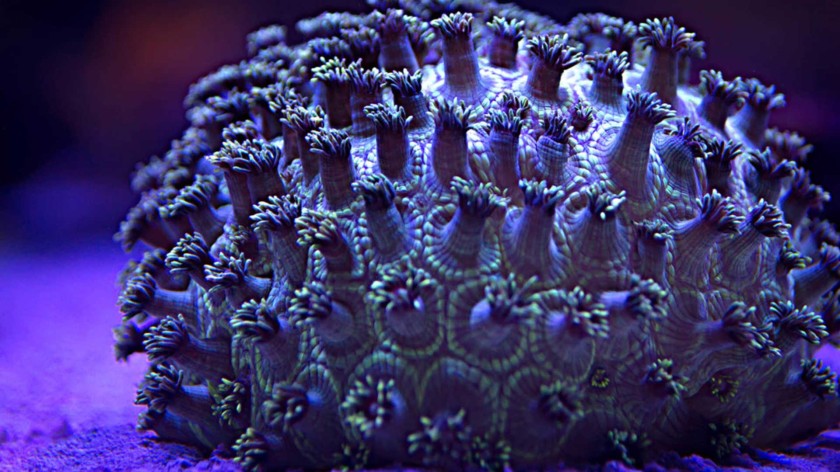