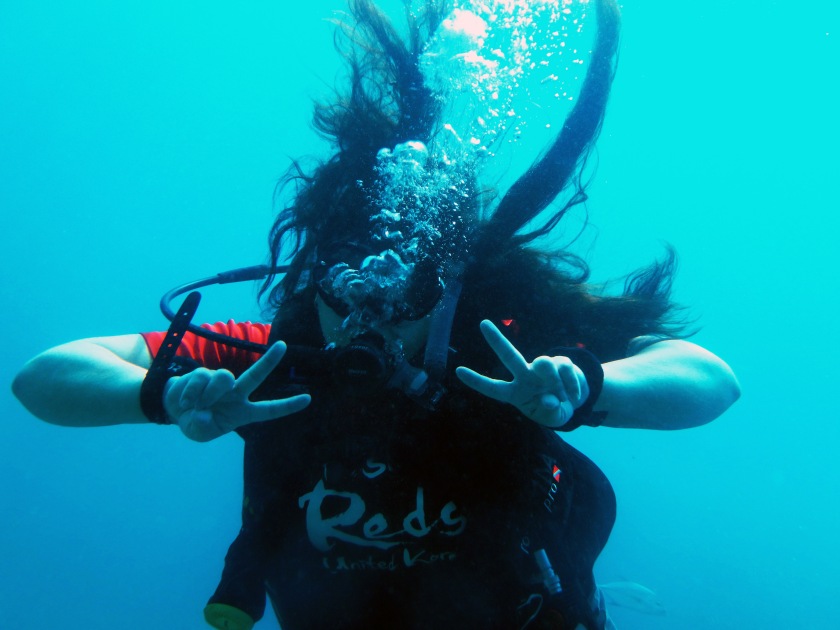 I had never gone diving before I moved to Guam. After all, I was never anywhere that diving was a popular hobby. It’s one of the best things to do here though, so I got my dive certification.

Anyway, I went through MDA. The class was $200, and involved three nights of videos and two days of practice in the water.

I have nothing but good things to say about MDA. If you are thinking of getting your dive certification, it’s an affordable and professional organization.

The camera I bought when I got my certification is an Olympus Tough TG-4. It is supposed to be waterproof to 50 feet, but I try not to take it down that deep. On deeper dives, I go without a camera.

Mostly I dive around 25 to 30 feet. The pictures are a little dark and blue, as you can see. You need a flash and a better camera to get good pictures deep down.

However, it serves me extremely well for snorkeling.

I guess I hit the lottery. I had a blood vessel in my ear burst during my dive class, which is supposed to be extremely rare. My doctor assured me that it was a very uncommon response, and that it would probably never happen again.

However, diving with my friend later, a vessel in my nose burst and my mask began to fill with blood. I had to surface early.

The next time I dove, I also got a bloody nose. This time it was after I surfaced. I was with my husband and he freaked out because I guess there was blood all over my face.

Eventually I thought about it honestly. A few burst blood vessels doesn’t sound like a big deal if you think about it as something that only happens inside your ear or in your nose. However, I couldn’t help but realize that the next time, it could be in my brain.

That is when I stopped diving.

It’s a shame, because it’s really affordable here. A complete gear rental for two is only around $50. It’s such a good deal…

I also wish I was better at diving because of the way the fish react to humans snorkeling. They swim away so quickly.

When you are diving, the fish just swim with you as though you are one of them. They never seem frightened, or like they want to flee in fear. It’s so much better! 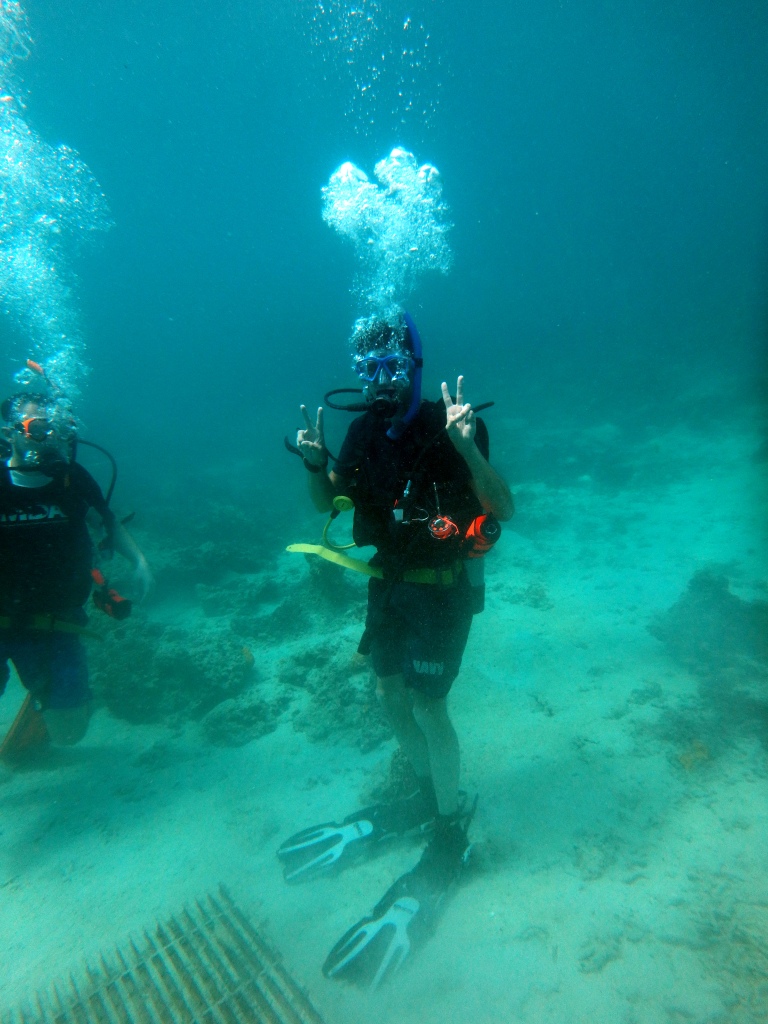 The water here is so warm that it feels like getting into a bathtub. That’s one of the wonderful things about being on the equator.

My dive instructor, like most of the guys here, went diving in shorts and a tank. I see the appeal. The water feels lovely on bare skin.

I tend to wear long pants and a long-sleeved rash guard when snorkeling. Jellyfish hang out near the surface of the water and there is also a big risk of sunburn. But diving, it’s nice to wear a little less. 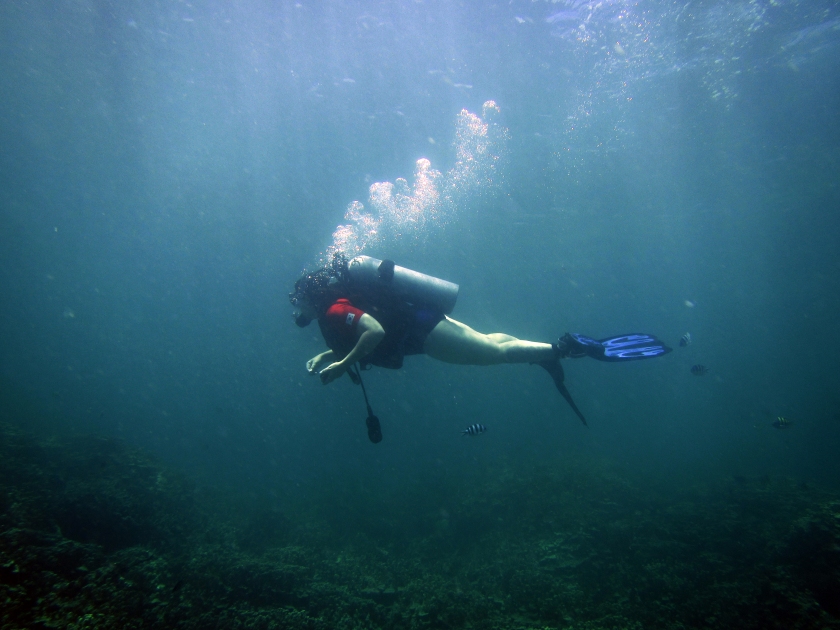 I have already wrote about the best beaches to dive that have surface entry: Gab Gab, Gun Beach, and Fish Eye.

However, as I have said before, most of the dives are off of a boat. There are a lot of historic sites, such as the sunken WWII ship the Tokai Maru. We also have our own Blue Hole. And there are quite a few reefs where you can see cool marine life.

It really is a great place to scuba dive. I wish my veins were stronger so I felt like I could safely do it more. 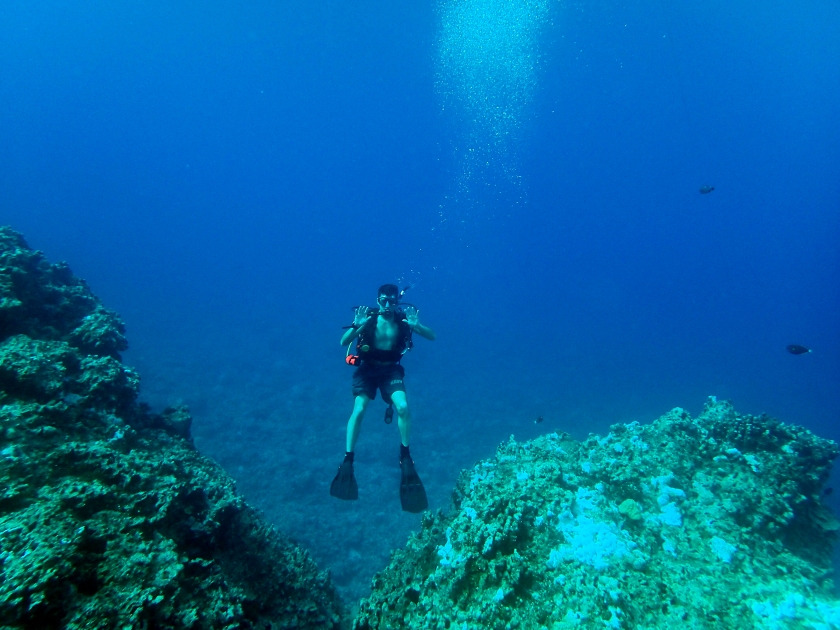 On Guam, most dives are off of a boat. 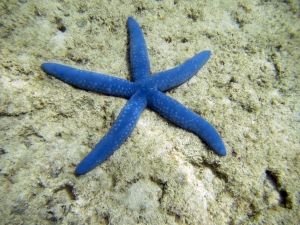 This is because it’s hard to walk out past the reefs with tanks on.

Mostly, we have bays with a reef at the edge. The good diving is past the reef. However, it’s typically a long walk.

Thankfully, it’s not very expensive to get on a chartered boat dive.

I got my certification through MDA, and so I go on their boat dives. 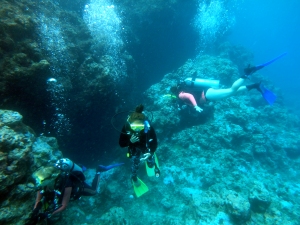 There are other companies, but they all go the same places.

It’s a small island, so there are only so many places to go.

I got my dive certification recently. It’s inexpensive on Guam. I paid $200 for the class, and was able to do lots of classroom time and several practice dives.

My first dive by myself was with my friends Ashley and Jason. We went to Gab Gab, which is a beach on the Navy Base.

Gab Gab is a nice place to dive because the entry point is a short staircase. Many beaches require a long walk out past the reef, but at Gab Gab you can just walk down the stairs.

Traveling out past the reef, you can see all kinds of fish and even some sea turtles. 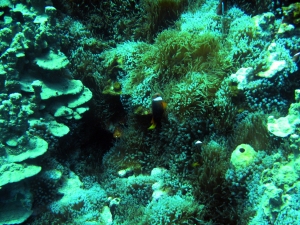 Hiding in the coral you can find anemones with clown fish living in them.

It’s a beautiful beach, but the pictures don’t come out as well as snorkeling pictures because there’s less light lower down.

We had a really good time, but I am still learning.