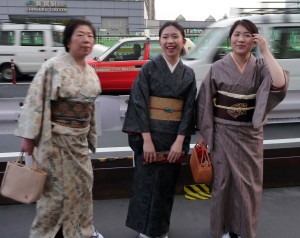 I love big cities, so of course I had to hop over to Tokyo while I was living in South Korea.

Here are some Geisha (above), who were on their way to perform traditional tea ceremonies at a tea house. 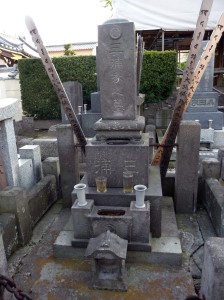 This is from a traditional Shinto cemetery that I stopped at. I enjoy the different death customs from other cultures.

In a Shinto cemetery, they have sticks that knock against each other in the wind because the noise is meant to keep the dead company. I thought that was a nice thought. 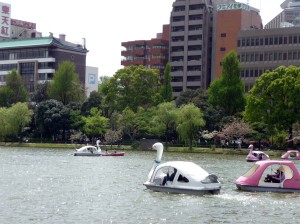 This is Uneo Park, which I enjoyed visiting. There is a little zoo there that I saw, and of course, the swan boats were a good time as well.

It was spring, so the park was ringed with cherry trees. I missed the best of the blossoms, but there were still some left.

In my hotel desk drawer, there was a book. In the USA, it would have been a Gideon’s bible. But of course, this was Tokyo. So to my amusement, there was instead a book on the teachings of the Buddha.

I took it with me (the hotel assured me that I could) and it was a good read. I can’t say I agree with all of Buddhism, but there are some good points.

Everything under about $10 US is coins, which is a difficult adjustment. I am so used to thinking of change as not being very important, but change in Japan can easily add up to $50 if you’re not paying attention.

I guess my point is, don’t just give your spare change to the homeless (a habit of mine in the US) because you might need it.

This is Arisugawa-no-miya Park in the Rappongi Hills. At one time, it belonged to the royal family of Japan, but now it is a public park where all are welcome.

The Rappongi Hills are notorious for being a great place to party at night. There is a wonderful night life. But, I went to see the famous shopping and the sights.

In Asia, you run into shrines everywhere. Some of them are really beautiful. It felt disrespectful to take pictures inside, because there always seemed to be people praying.

I did take a lot of pictures of the outsides of the temples, because they are impressive in detail and I love the colors. 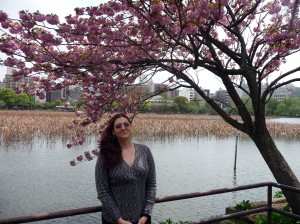 Here’s a shot of me by the pond near my hotel. I had a lot of fun, and I hope you’ll all consider a trip to Tokyo if you are able to.