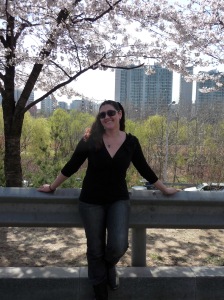 One of the most popular things to do in spring in South Korea is to look at cherry blossoms.

There is an island called Yeouido in the middle of the Han River (which runs through Seoul) and it is the best spot to see the cherry blossoms because the trees ring the outside the island. 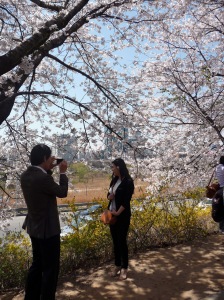 The walking trials under the blossoms allow you to go all around and see the trees from lots of different angles.

Vendors set up stands to sell snacks and drinks in case you need refreshment, too.

Of course it is crowded. That’s what most Americans notice in my pictures of South Korea. But I guess in Asia you sort of get used to sharing all the pubic spaces with other people. 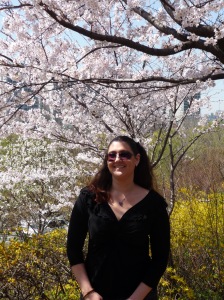 Crowds are just as much a part of life as the air or the trees themselves. It’s not as daunting as it seems, either. Koreans keep to themselves. 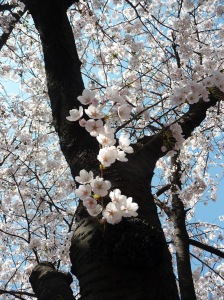 I think one of the things that can make crowds in the US seem so overwhelming is that people talk to each other, and so you are forced into social interaction just by virtue of others being around. 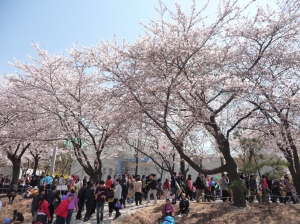 In Korea, people don’t talk to you unless they know you, so as odd as it sounds, you can have a peaceful day free of any unwanted social interaction even when there are millions of people around you.

Yeouido is a wonderful place to see the blossoms and it’s right on one of the main subway lines so it’s easy to get to. I went to a few other cherry blossom festivals in Jinhae and some of the more remote cities, but this was the best!